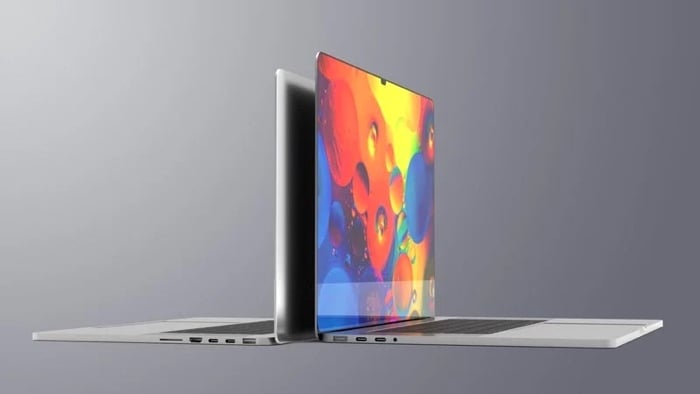 We are just a few hours away from Apple’s press event, we will be finding out more details about their new MacBook Pro range.

Earlier we heard that the new MacBook’s could be powered by a new Apple M1 Pro and Apple M1X processor and now there are rumors that the notebooks will come with a notch.

On the weekend some photos were posted online which apparently show the display for these new MacBook Pro notebooks and the display has a notch at the top.

The notch will apparently be used to house a FaceTime camera, a microphone and also light sensor for true tone. The device will also apparently have a much slimmer bezel than the current MacBook range. The photo above gives us an idea on what this new MacBook may look like.

We are looking forward to finding out exactly what Apple has planned for their new Mac range, we are expecting a 14 inch and 16 inch MacBook at today’s press event with these new more powerful processors.

Apple is also rumored to be launching an updated Mac Mini with a new design and a number of other upgrades. We may also get to see the second new iMac, we previously had the 24 inch model and now we may also see a 32 inch model. We will have full details on all of Apple’s new Macs later today.