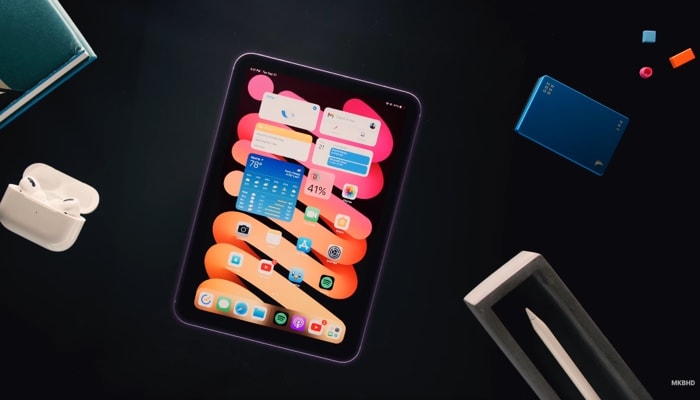 Apple recently launched their new iPad Mini, the device has had a number of upgrades including a new design similar to the iPad Air and the iPad Pro.

The device now comes with slimmer bezels and a larger display, there is no home button but it does have a fingerprint sensor on the power button.

Marques Brownlee has been testing out the new iPad Mini and now we get to find out more about the device and what he thinks of it in the video below.

The iPad Mini is equipped with an 8.3 inch Liquid Retina display which has a resolution of 2226 x 1488 pixels.

The tablet is powered by the new Apple A15 Bionic processor, this is the same processor that Apple is using in their new iPhone 13 and iPhone 13 Pro smartphones.

The new smaller iPad comes with a 12 megapixel ultra wide front camera for video calls and for taking Selfies, it also has a 12 megapixel wide camera on the back for photos and videos.

The device is available with a choice of different storage options that include 64GB AND 256GB, pricing for the 64GB model starts at $499 for the WiFi model and $649 for the WiFi and Cellular model. The 256GB model costs $649 and $799 respectively.