We have been hearing rumors over the last few weeks that Apple will be holding a special event this month to unveil their new iPad Mini, the last date we heard was the 23rd of October and Apple has now sent out invites for an Apple event on Tuesday the 23rd of October.

The Apple iPad Mini event will take place at 10.00 AM Pacific Time in San Jose on the 23rd of October, you can see the invite Apple sent out below with the tag line ‘We’ve got a little more to show you.’. 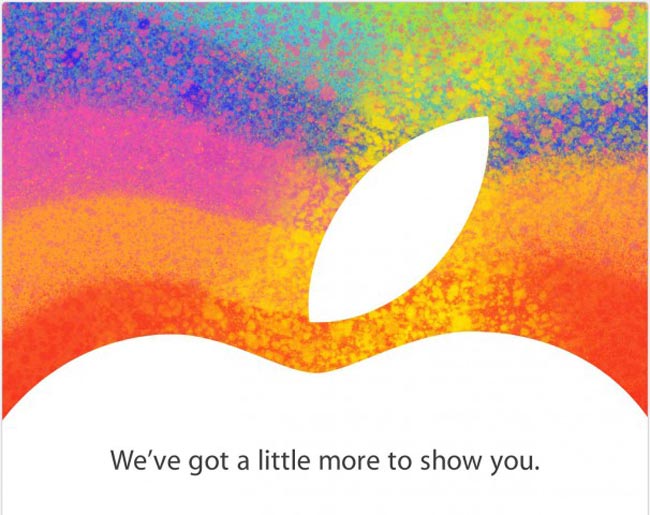 Apple’s iPad Mini is rumored to come with a 7.85 inch multi-touch display with a 16:9 aspect ratio, the device is rumored to start at around $249 and there are apperntly going to be a number of different models both WiFi only and WiFi and 4G LTE with varying storage options.

As well as the iPad Mini, Apple is also rumored to be announcing a couple of other devices, which will include the new 13 inch Retina Display MacBook Pro and a new updated Mac Mini, we will have full details on all the devices next week.

We suspect Apple will also discuss their Apple Maps app at the event, after the App has had a lot of criticism, no doubt Apple will want to reassure their users that they are working to fix the issues.