Apple has definitely established the iPhone, iPod Touch and iPad as popular gaming devices, the recently received an award from the Guinness World Records for having the ‘largest downloadable video game store’.

Now a recent report gives us an indication of just how popular gaming has become on Apple’s range of iOS devices, the report was compiled Distimo and Newzoo who analysed game downloads for the month of March 2011. 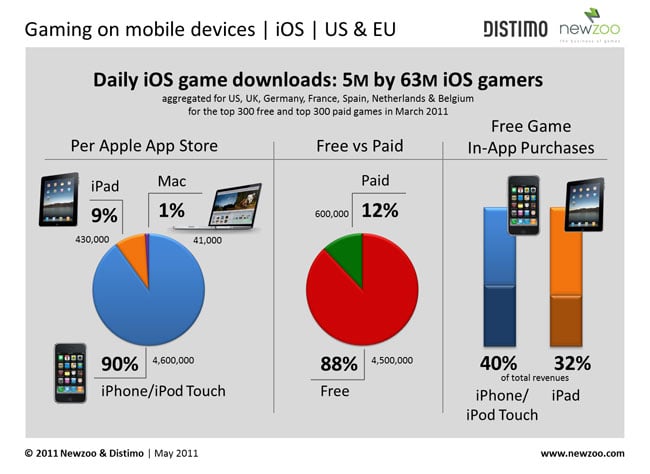 What they found was that iOS users were downloading more than 5 million games per day throughout the US and the EU, which includes six European territories, and they also found out that half of the app downloads for both free and paid apps are for games, making it the most popular category on the app store.