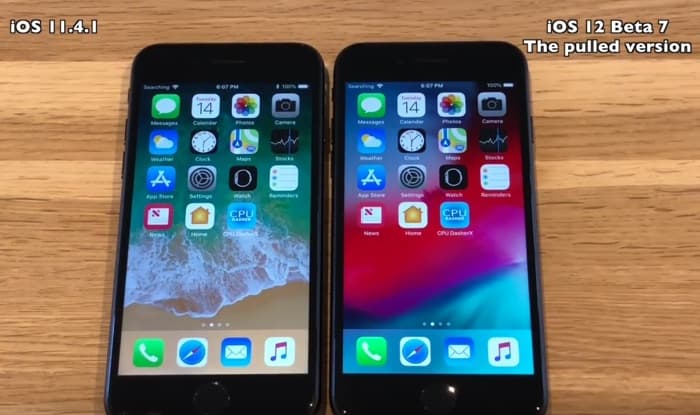 Apple released their iOS 12 beta 7 software earlier this week, unfortunately the software was pulled as there was an issue with it.

Some developers reported that apps were taking a long time to load, so Apple decided to pull the software until they fix the bugs.

Now we have some speed test videos showing the pulled version of iOS 12 beta 7 vs iOS 11.4.1, the software is run on the iPhone 5S, iPhone 6, iPhone 6S and iPhone 7, have a look at the videos below.

As yet there are no details on when Apple will release their iOS 12 beta 12 software again, hopefully it will not be too long until it is released. iOS 12 will bring a wide range of new features to the iPhone and iPad. The main focus of the software is speed an performance improvements for existing devices, including older devices.