We have been hearing for quite some time that Apple is developing a cloud based service fro iTunes, and also that they are working on a new version of MobileMe.

Now the guys over at Consomac.fr (translated) have found something new in Mac OS X 10.7 Lion, codenamed ‘Castle’, it looks like it refers to Apple’s new iCloud service, and apparently Apple intends to use the service for more than just streaming music. 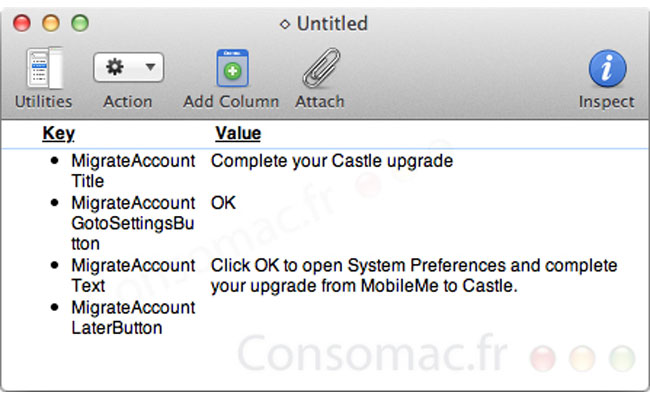 Considering that Apple recently purchased the domain name ‘icloud.com, for a reported $4.5 million, it looks like Apple’s new cloud base service will end up being called iCloud.

We suspect that Apple will unveil their new iCloud service at this years World Wide Developer Conference (WWDC), nect month, as soon as we get some more information we will let you guys know.