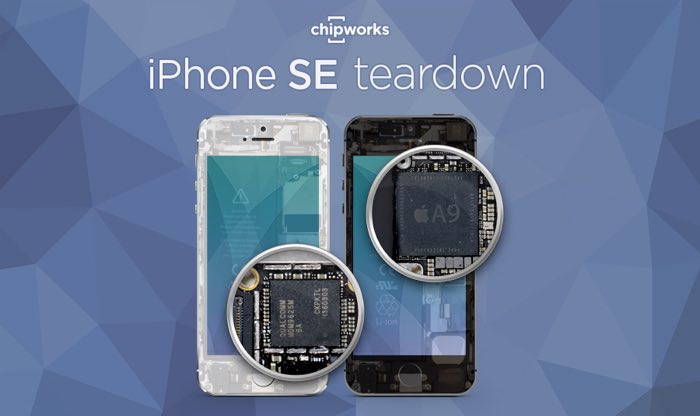 The new iPhone SE comes with a similar design to the iPhone 5S but it shares some of the components from the iPhone 6S and 6S Plus.

The device apparently also uses some components from the iPhone 5S which include a Broadcom BCM5976  touchscreen controller. There is also a Qualcomm MDM9625M modem from the iPhone 6 and iPhone 6 Plus handsets.

There are several components in the iPhone SE that we have seen before. There are also some components we have never seen before. These new devices include a Skyworks SKY77611 power amplifier module, a Texas Instruments 338S00170 power management IC, the Toshiba THGBX5G7D2KLDXG NAND flash, an EPCOS D5255 antenna switch module, and an AAC Technologies 0DALM1 microphone. To understand what is inside these devices we will need to do some deprocessing to examine the silicon inside. Stay tuned for updates while our lab does what they do so well.

It appears that Apple has used parts from the iPhone 5S, the iPhone 6 and the iPhone 6S as well as some new parts for the iPhone SE smartphone, you can find out more details on what was found inside the device over at Chipworks at the link below.