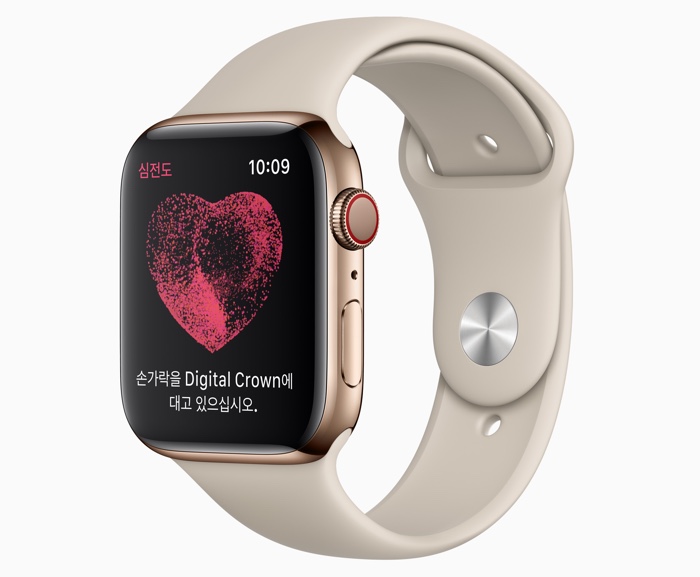 Apple has announced that they will be bringing the ECG function to the Apple Watch in South Korea with a software update.

The ECG function will be added to the Apple Watch with the release of watchOS 7.1 and also iOS 14.2 for the iPhone.

On Apple Watch Series 4 and later models, the ECG app will be available in Korea via a next software update via iOS 14.2 and watchOS 7.1. This feature is a product that can be measured directly by the consumer, allowing the customer to measure the electrocardiogram directly from the wrist, capturing the heart rhythm and providing important data to the healthcare practitioner as soon as they experience symptoms of a fast beating or skipping pulse. Help you The arrhythmia notification function of Apple Watch Series 3 or later will also intermittently measure heart rhythm in the background and send a notification when an arrhythmia that appears to be atrial fibrillation (AFib) is detected. The ECG app and arrhythmia notification function have been approved by the Korea Food and Drug Administration for Class 2 medical device software.

We do not have a release date for iOS 14.2 and watchOS 7.1, although we are expecting these updates to either land this week or next week.