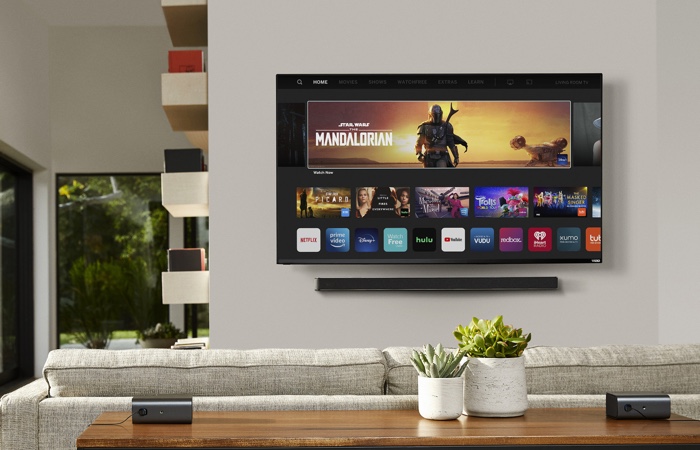 Vizio has announced that it will be bringing the Apple TV app to its range of Smart TVs with an update to its SmartCast software.

The update will also bring a range of other improvements to the company’s range of Smart TVs, as well as the new Apple TV app they will also be releasing a new Peacock app.

“We know consumers want a more powerful, fully-featured smart experience that provides quality content and gives users flexibility and control over their entertainment experience. With VIZIO SmartCast, users can stream from their TV, phone, or laptop, and use their voice to control the TV with their favorite voice assistant,” said Bill Baxter, Chief Technology Officer, VIZIO. “This latest version of SmartCast puts your TV at the center of the smart home: it’s fast, responsive, and packed with more smart features and entertainment offerings than ever before.”

SmartCast delivers endless entertainment as users’ favorite apps come together on one screen, including: Netflix, Disney+, Hulu2, YouTube TV, Prime Video, CBS All Access, NBC and many more. New apps are continuously being added, such as Movies Anywhere, which is now available on SmartCast TVs. Other top entertainment apps  like the Apple TV app and Peacock  are coming later this summer. Apps offering 4K content allow you to stream in spectacular 4K HDR with SmartCast’s support for all consumer HDR formats plus audio up to thrilling Dolby Atmos sound, bringing the ultimate cinematic experience right into the living room.

You can find out more details about the update coming to the Vizio TVs at the link below, as soon as we get some details on exactly when  the apple TV app will be released for the Vizio TVs we will let you guys know.