We previously heard that Apple would be releasing their own mapping software with the next version of their mobile OS, iOS 6, and now according to the guys over at the BGR, iOS 6 will be launched this summer and will feature new 3D mapping.

The photo below is a mock up of what the new iOS may look like based on information the guys from BGR received, and Apple is expected to introduce this new feature in iOS 6, and the iOS mapping application will also feature a new UI and a range of new features. 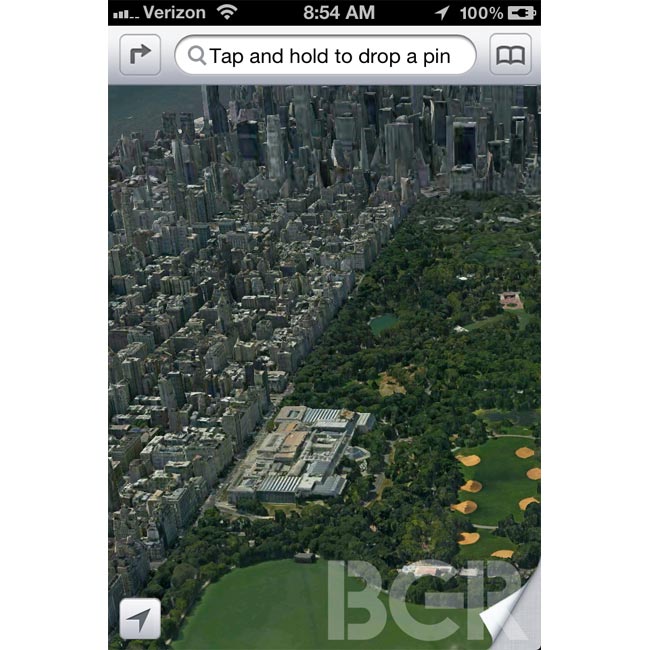 Apple currently uses Google Maps for its iOS mapping app, this is about to change in iOS 6, this is something we have been hearing about for some time.