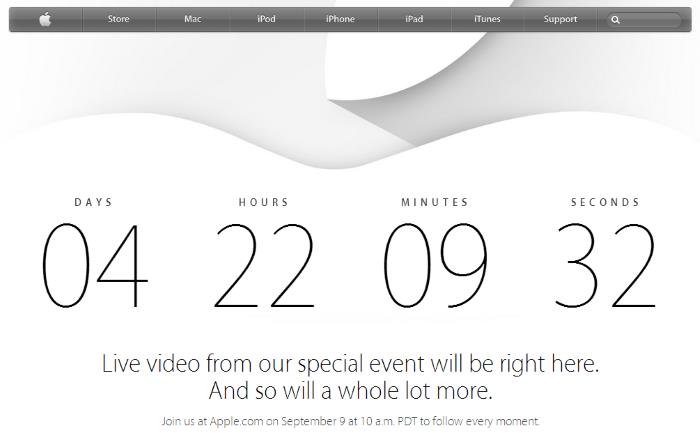 Apple has scheduled an event on September 9th where the company is expected to unveil the highly anticipated iPhone 6 at the Flint Center for the Performing Arts at De Anza College in Cupertino, the same venue where Apple first unveiled the original Mac 30 years ago.

For those of you who are unable to make it to the event in Cupertino, Apple will offer the live stream of the event so that you can catch all the action as it happens.

Apple has updated its website with a live page showing a timer with countdown to the event, along with a description that it will be live streamed on the page. The event will kick off at 10 a.m PDF so make sure you don’t have any meeting or important work at that time.

Apple is rumored to launch the iPhone 6 at the event next week. Rumors suggest Apple is working on two new iPhone 6 models: one with a 4.7-inch display while the second one comes with a 5.5-inch screen. The 4.7-inch model is expected to debut at the event, along with the iWatch. As for the 5.5-inch model, rumors suggest it will launch in the coming months.

Bookmark the link below, we’ll bring you all the happenings from the event on September 9th.