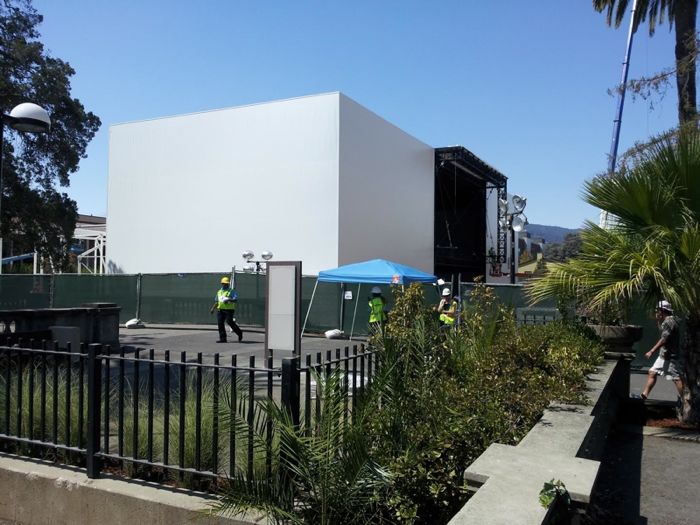 Earlier we heard that Apple has sent out invites for their iPhone 6 event, the press event will take place at the Flint Center for the Performing Arts at De Anza College in Cupertino.

The location for the event is significant, because this is where the late Steve Jobs unveiled the first Apple Mac 30 years ago, and Apple is building some sort of structure for the event, which can be seen in the photo above.

Apple are also rumored to be launching a new Apple TV, new iPads and more before the end of the year, although we may see these devices later in the year, possibly at an event in October.

As soon as we get more information on what else Apple will be announcing, along with the new iPhone 6 at their event on the 9th of September, we will let you guys know.