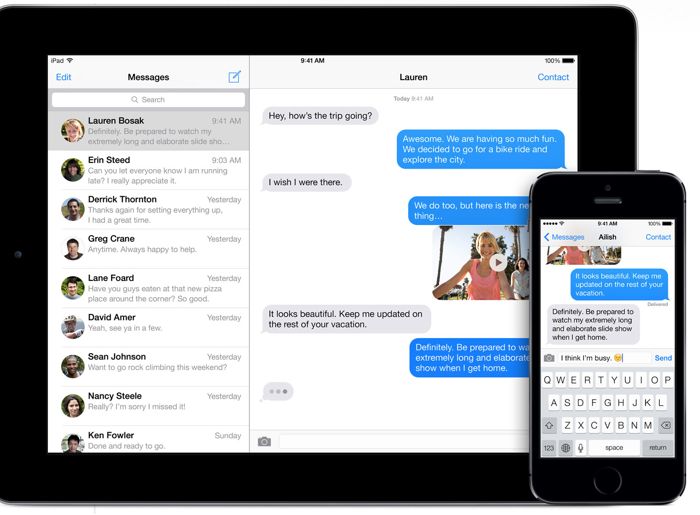 Apple’s iMessage software has been in the news quite a bit over the last few months, earlier this week, Apple finally released a tool to fix the iMessage bug that many users had been experiencing.

Apple released their new tool that allows you to deregister your mobile number from iMessage, which hopefully should put and end to the issue for people who have switched from an iPhone to another device, and have had trouble receiving text messages.

This is not the end of the matter for Apple though, as the company is now facing a lawsuit over the iMessage bug, and Judge Lucy Koh, who dealt with the Apple and Samsung trial, has ruled that a former iPhone owner, Adrienne Moore can pursue a lawsuit against Apple.

U.S. District Judge Lucy Koh has refused Apple’s request to throw out the lawsuit, and has permitted Adrienne Moore to go forward with the lawsuit that claims that Apple illegally interfered with Moore’s contract with her mobile carrier, Verizon Wireless.

The ruling allowing the case to go ahead could lead Apple to settle the case, although the company has declined to comment on the lawsuit as yet.