We have been hearing rumors that Apple would announce iOS 6 at their World Wide Developer Conference which takes place later today, now we have a photo which confirms iOS 6 will be unveiled at WWDC 2012.

As you can see from the photo below iOS 6 is one of the main things that Apple will feature at WWDC, the next version of their mobile OS is expected to feature new maps software which Apple has developed themselves to replace Google Maps on iOS. 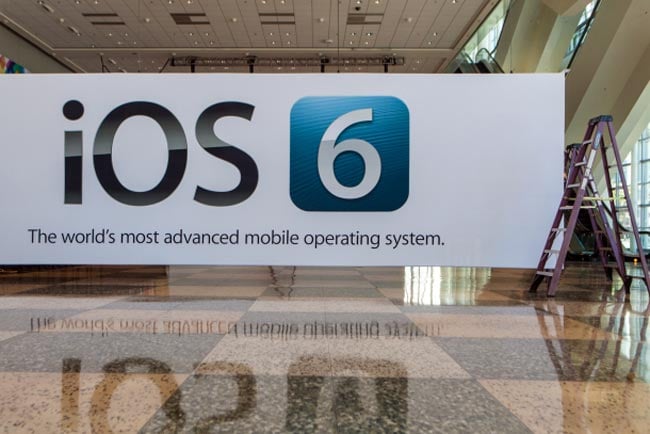 The WWDC keynote starts at 10AM Pacific Time, and we will have full details of what Apple announces later today. As well as iOS 6 we are also expecting a new range of Macs, iMacs and possibly a new Mac Pro.

It will be interesting to see what Apple has in store for iOS 6, and whether it will be as big a change to their mobile OS as iOS 5 was when it was announced last year.