We heard earlier that Apple would be releasing a new version of its Time Capsule with 3TB of storage, and it looks like the are about to appear on Apple’s website from the photo below, although when you go to the Apple store online it is still showing the 1TB and 2TB models.

From the photo it looks like Apple will be phasing out the 1TB model, and there will only be 2TB and 3TB models available when the new one is released, and it should be available some time today. 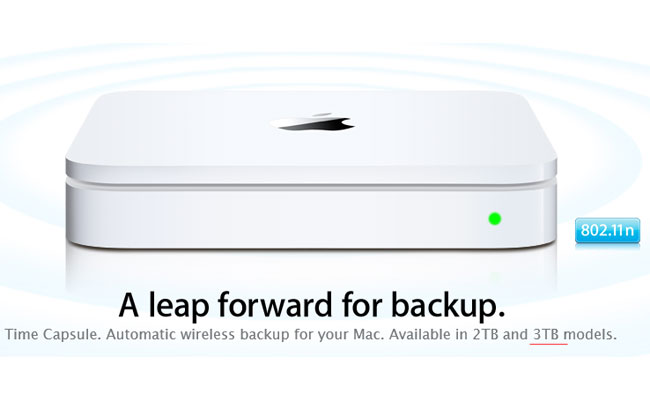 Unfortunately we don’t know what the pricing will be on the 3TB model, as it has yhet to make an appearance in the Apple Store online.