Just as we expected the Apple Store has gone offline, and when it goes back up we are expecting it to feature the new 2011 MacBook Pro’s. We have already seen some leaked specifications of the new MacBook Pro’s.

We are expecting Apple to reveal the new MacBook Pro’s after Intel reveales its new Thunderbolt technology (Light Peak), which is expected to be included in the new MacBook’s. 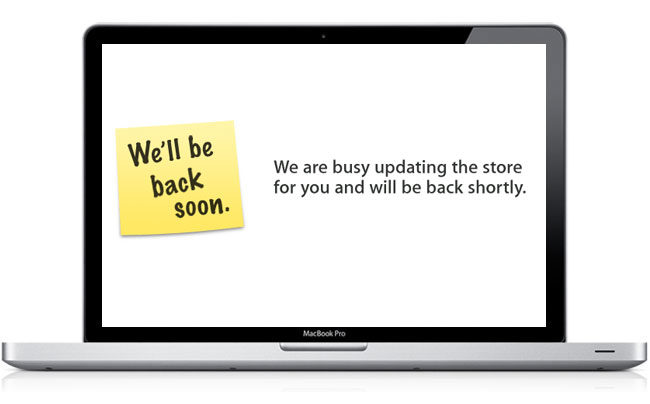 As soon as we get some more information on the new 2011 MacBook pro’s we will let you guys know.