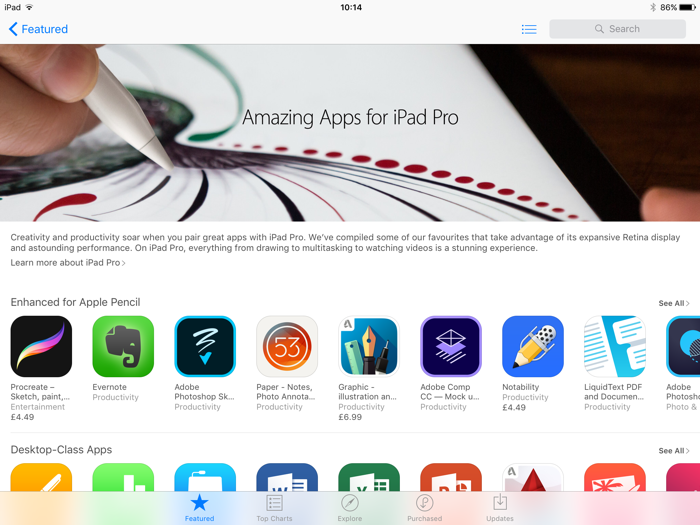 Apple’s new iPad Pro is now available to buy and now Apple has launched a new section on their app store highlighting a range of app designed to be used with their new larger tablet.

There is also a section which shows app that have be enhanced to work with the new Apple Pencil, this include apps like Evernote, Adobe’s Photoshop and more.

The iPad Pro went on sale on Wednesday in Apple’s online store and the device is now also available in Apple’s retail stores.