Apple has sold a massive one million iPhone’s since Friday. 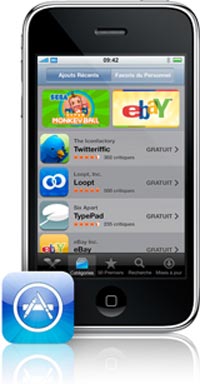 Nice one Apple, thats a great acheivement, its just a shame that the companies you teamed up with in the UK to sell the iPhone couldn’t get things right.

Between the Carphone Warehouse and the O2 stores, they completly messed up the lauch of the 3G iPhone.

Earlier in the week we had the O2 online store crashing literly within minutes from the iPhone going on sale online, then on Friday a lot of O2 stores couldn’t activate the limited stock of iPhones they had for sale.

Lets hope things get better this week, and the ones of us who are still waiting to get their hands on the new 3G iPhone get lucky.