Apple has released a new update to its iOS software for the iPhone, iPad and iPod Touch, the latest version is iOS 4.3.1 and a brings a range of improvements and bugs fixes to Apple’s mobile operating system.

The iOS 4.3.1 update is designed to fix a graphics bug with the fourth generation iPod Touch, and it also resolves a bug which is related to activating and connecting the iPhone on some mobile networks. 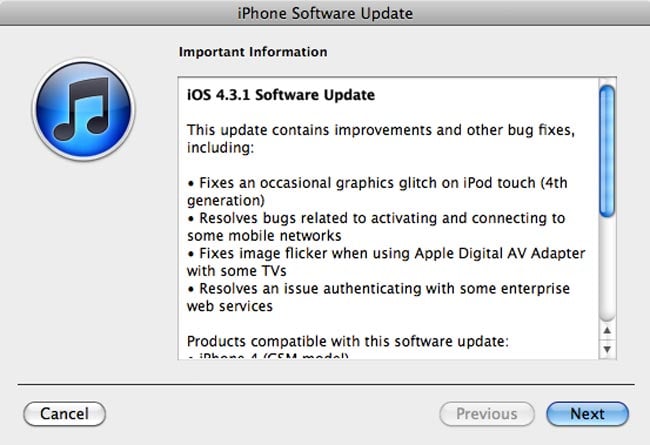 Other fixes in iOS 4.3.1 include fixing a problem when using the Apple Digitial AV Adapter with some TVs. The latest update is compatible with the iPhone 4, iPhone 3GS, iPad 2, iPad, and the 3rd and 4th generation iPod Touch.