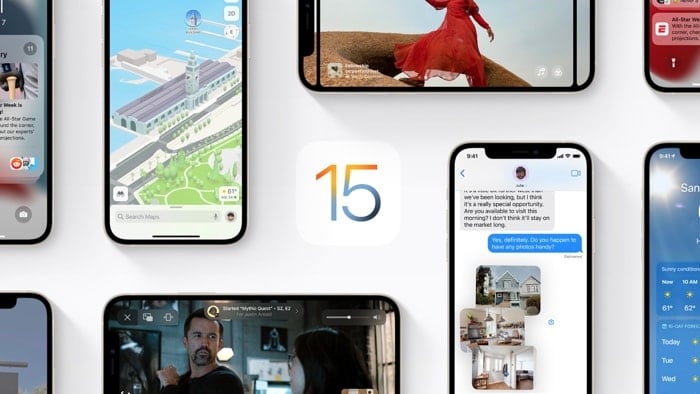 This is the first release of iOS 15 for Public Beta testers the software should be exactly the same as the iOS 15 beta 2 that Apple recently released to developers.

Apple’s iOS 15 and iPadOS 15 software will bring a wide range of new features to the iPhone and iPad. This includes range of design changes and more.

There are also a range of updated for various apps which bring more features and some major new tools like Apple’s SharePlay.

SharePlay is designed to let you watch a movie or TV show with your friends and family over FaceTime, it can also be used to listen to music from Apple Music and more.

There are also new features like Focus which is designed to cut down on notifications and help you focus, plus some major changes for safari and also for emails.

Apple is introducing some major privacy features for email that will stop companies being able to track when you have opened and email and more.

The Apple Wallet app will also add in support for digital IDs on the iPhone , this will include things like support for driving licenses and state IDs in the USA.

Apple are expected to release their iOS 15 and iPadOS 15 software updates some time in September. The new iOS 15 and iPadOS Public Beta 1 are now available to try our for public beta testers. You can find out more details over at Apple’s website at the link below.