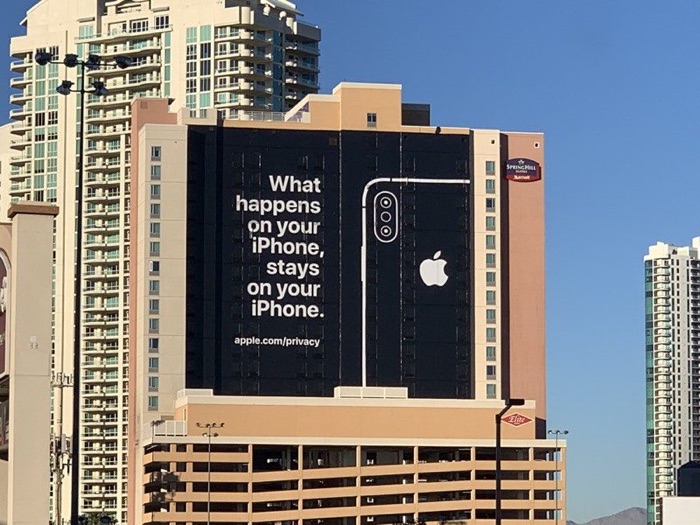 Apple does not attend CES and they company never advertises at it, this has changed this year as Apple has but put a giant billboard in Las Vegas, this can be seen above.

The billboard was spotted b Chris Velazco from Engadget and it is Apple advertising the privacy of their iPhone with the slogan ‘ What happens on your iPhone stays on your iPhone’.

Apple never shows up at CES, so I can’t say I saw this coming. pic.twitter.com/8jjiBSEu7z

We heard recently that Apple’s iPhone sales had started to slow down, so maybe Apple thinks thi billboard at CES could help them gain some new customers.