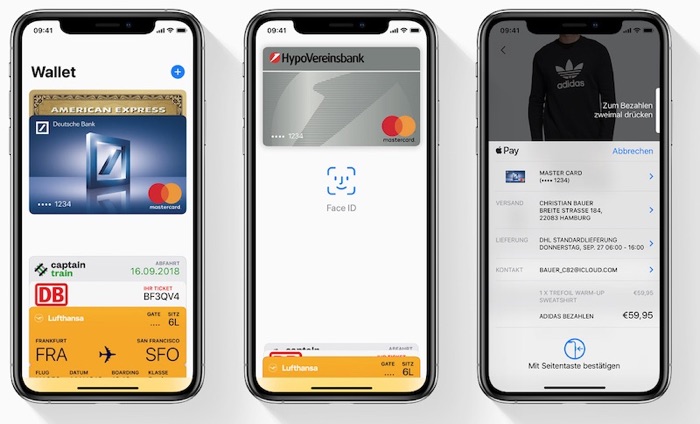 Apple has expanded its mobile payment system to another European country, Apple Pay is now available in Germany.

Apple Pay is supported in Germany by a range of banks and card companies and this includes Deutsche Bank, Hanseatic Bank, HypoVereinsbank, Edenred, Comdirect, Fidor Bank.

It also includes American Express, o2, N26, boon, bunq, and VIMpay and more banks and payment providers will be added in the future.

You can find out more details about the launch of Apple Pay in Germany over at Apple’s website at the link below. Apple originally launched their mobile payment system in the US back in 2014, since then they have been releasing it to more countries around the world.