A newly published Apple patent has revealed designs of a display concept that combines both LCD and E-paper within the same display. The patent application, that was made public this week, was first filed by Apple back in October of 2009.

The patent submitted by Apple titled “Systems and Methods for Switching Between an Electronic Paper Display and a Video Display”. Details a layered display sandwich concept which uses a combination of traditional LCD and e-paper screens to segment the display.

Allowing sections of the new display to either use LCD or E-paper as required, which could then be used to show video in the top half of the display using LCD and text within the bottom half using e-paper. . 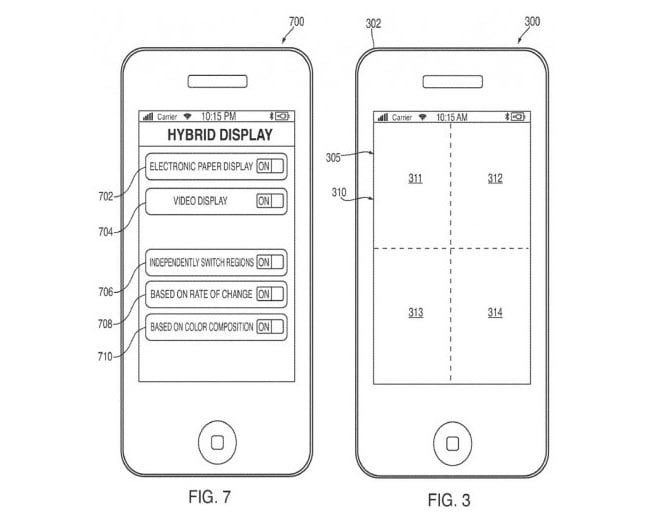 E-ink displays, or “electronic paper” as Apple refers to it are very advantageous to a devices design as they do not require a backlight to function.

The patent also covers a number of methods to select how the display will function on a device and allow the user to change these settings. Allowing the device to dynamically switch all or just part of the full-color screen to low-power black-and-white e-ink for text and other static content.