A number of Apple’s new devices now use their Lightning dock connector, which include the iPhone 5, the iPad Mini and the forth generation iPad, as well as Apple’s new iPod Touch.

Apple has now released a couple of new lightning accessories for these devices which include a Lightning to HDMI or VGA adapter, these will retail for $49 and there is also a new iPad adapter. 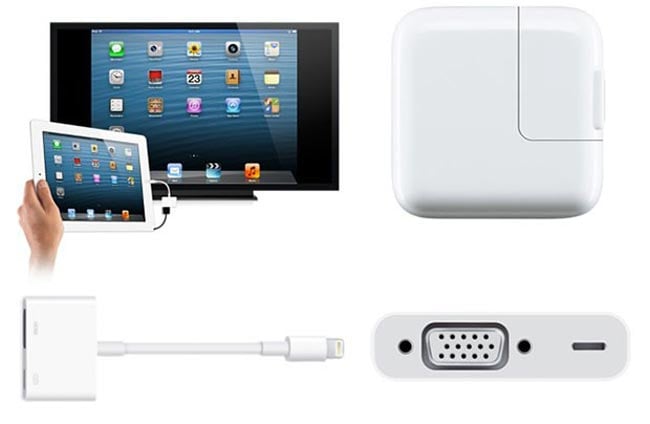 The new iPad adapter is a 12W USB adapter and it connects directly to the lightning port on your device, it will retail for $19, you can find out more details over at Apple. If you enjoy building Raspberry Pi projects this awesome Raspberry Pi HDMI input add-on might be worth more investigation.