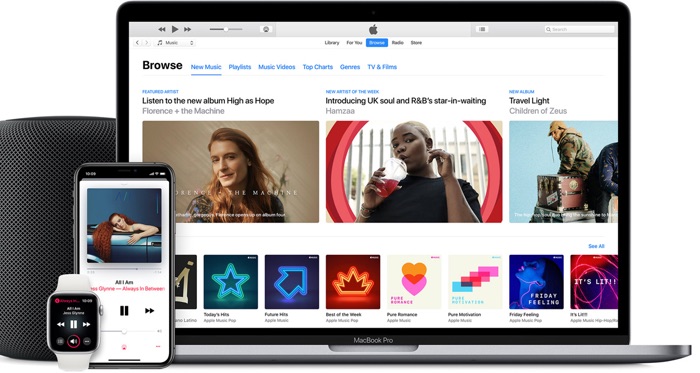 It looks like Apple Music is doing well as the subscription music service now has more paid subscribers in the US than Spotify.

The reason that Apple has managed to overtake Spotify is because it has apparently been growing faster, with a growth rate of between 2.6 to 3 percent as opposed to Spotify’s growth rate of 1.5 to 2 percent.

Apple is also seeing increased growth outside of the US with a growth rate of between 2.4 to 2.8 percent as opposed to Spotify’s rate of 2 to 2.3 percent. It will be interesting to see if Apple can overtake Spotify globally.

Apple has been shifting its focus on to subscription based services, we have Apple Music and the new Apple News+, they are also launching Apple Arcade and Apple TV+ which are both paid subscription services.