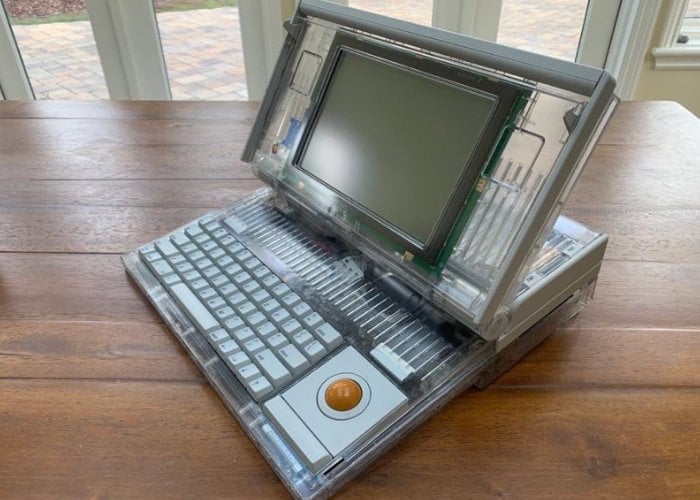 Long before Apple started producing iPhones and its latest generation MacBooks the company developed a portable range of computers aptly named the Macintosh Portable which are available to purchase from September 1989 to October 1991. Offering a battery-powered Macintosh equipped with an active matrix LCD screen for a price roughly equivalent in today’s money to $14,000 but back in 1989 was nearer $7,000. After the Macintosh Portable was discontinued, Apple launched its PowerBook range of systems. 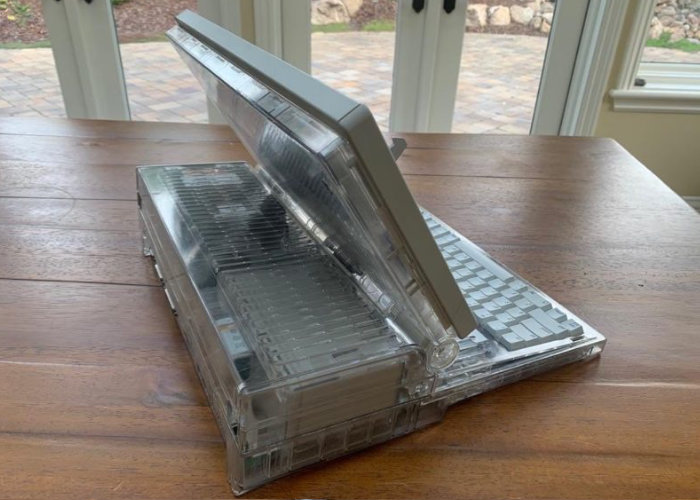 The Macintosh Portable is equipped with a 9.8 inch display 9MB SRAM, a 1.44MB floppy disk drive, trackball style mouse and full QWERTY keyboard. Unfortunately due to its pricing the Macintosh Portable systems didn’t sell well but are now part of computer history. For more photographs jump over to the websites via the links below.