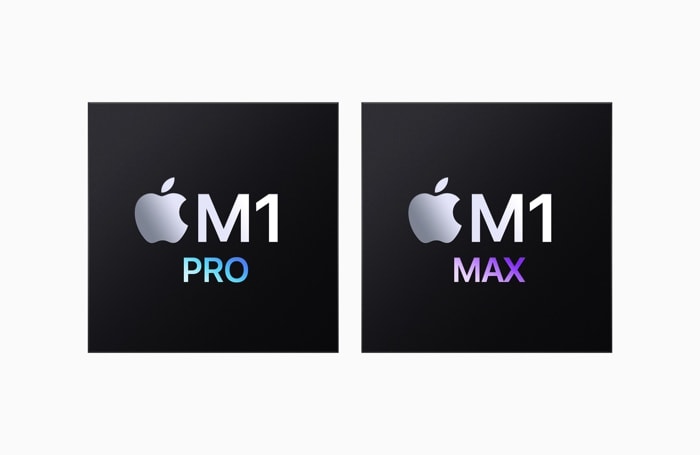 At its press event yesterday Apple has announced its latest silicon processors, the Apple M1 Pro and Apple M1 Max.

These are Apple’s most powerful processors to date and they come with up to a 10 core CPU, plus a 32 core GPU and up to 64GB of RAM. They also come with Apple’s ProRes acceleration and they are designed to be efficient and provide improved battery life. 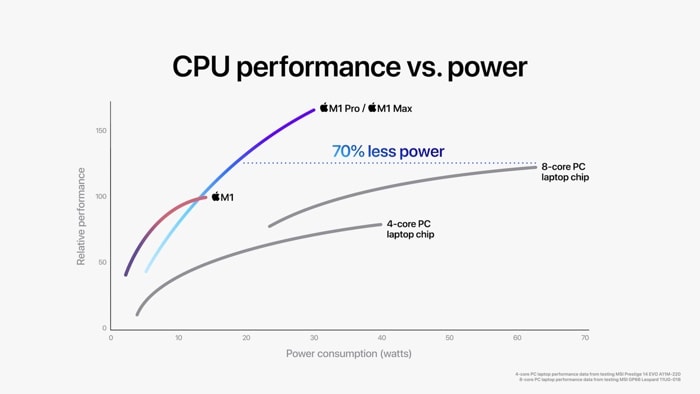 M1 Pro and M1 Max introduce a system-on-a-chip (SoC) architecture to pro systems for the first time. The chips feature fast unified memory, industry-leading performance per watt, and incredible power efficiency, along with increased memory bandwidth and capacity. M1 Pro offers up to 200GB/s of memory bandwidth with support for up to 32GB of unified memory. M1 Max delivers up to 400GB/s of memory bandwidth — 2x that of M1 Pro and nearly 6x that of M1 — and support for up to 64GB of unified memory. And while the latest PC laptops top out at 16GB of graphics memory, having this huge amount of memory enables graphics-intensive workflows previously unimaginable on a notebook. The efficient architecture of M1 Pro and M1 Max means they deliver the same level of performance whether MacBook Pro is plugged in or using the battery. M1 Pro and M1 Max also feature enhanced media engines with dedicated ProRes accelerators specifically for pro video processing. M1 Pro and M1 Max are by far the most powerful chips Apple has ever built.

The new Apple M1 Pro and M1 Max processors will be available in Apple’s new MacBook Pro range, more on those later. You can find out more details about the new Apple processors over sy Apple at the link below.