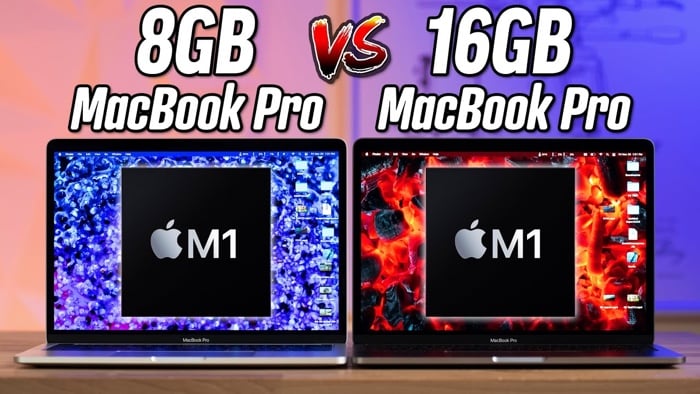 The new Apple M1 MacBook Pro comes with up to 16GB of RAM, the standard model comes with 8GB of RAM.

If you are wondering whether it is worth upgrading to the 16GB of RAM, we have a great video from Max Tech which compares the two devices side by side.

As we can see from the video both of the MacBooks are posting similar scores in the various benchmarks and tests, there does not appear to be a major difference between the 8GB of RAM and 16GB of RAM model.

Both of the new MacBook Pro models featured in the video are running considerably lower temperatures in the various tests as previous Intel powered Macs would. All of the benchmarks and tests we have seen so far the new M1 powered Apple Macs have shown impressive performance.