A new patent discovered this week which has been registered by Apple, could indicate how the new Apple iWatch might function and look.

Rumours have been circulating about the development of a Apple iWatch for sometime, and the new Apple Patent discovered by Apple Insider, confirms that Apple is at least investigating the possibility of developing an Apple iWatch device. 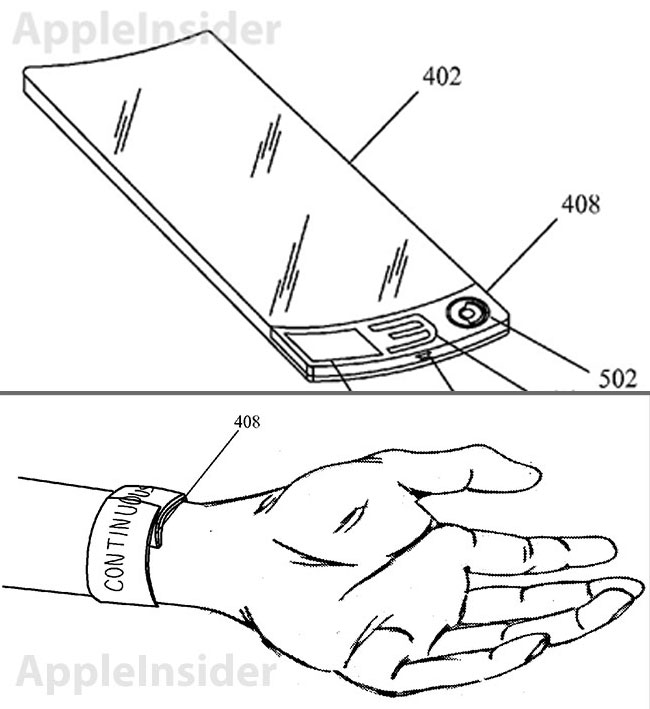 For their Apple iWatch, Apple have been investigating the use of a bi-stable spring which is explained in the patent:

“The most recent widespread use of such a device was the slap bracelet, also called the slap wrap. The slap bracelet consists of layered flexible steel bands sealed within a fabric cover. Typical slap bracelets are roughly one inch in width by nine inches in length. In a first equilibrium position they can be flat. The second equilibrium is typically reached by slapping the flat embodiment across the wrist, at which point the bracelet curls around the wrist and stays relatively secure in a roughly circular position.”

Another neat feature of the Apple iWatch patent is that the devices is capable of detecting the size of your wrist and adapting the display to compensate, using a “end-detection” sensor, that provides a contingency for larger and smaller sized appendages.

For more information on the new Apple iWatch jump over to the Apple Insider website for details.