Who have tried to gain top ranking for their application in the Apple App store by hacking  users iTunes accounts. 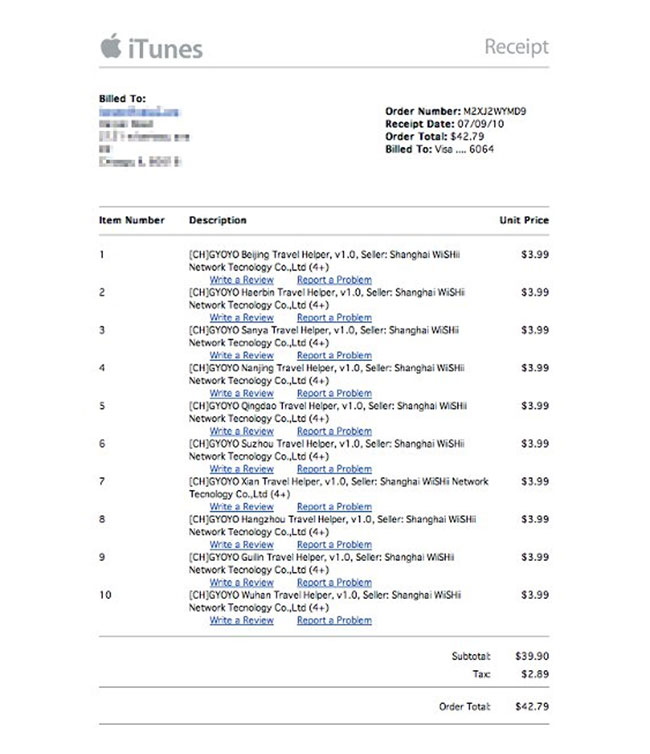 One iTunes user Harper Reed, reports that his iTunes account was hijacked and then 34 WiiSHii apps were billed to his account for a total of $168.89.

Although Apple have now increased the frequency of CCV requests at iTunes in response, the company denies that iTunes servers were hacked, but no alternative has been issued.