As the Apple event draws ever closer to the expected announcement and official launch of the new iPhone 5S and iPhone 5C. GameStop has started listing the iPhone 5S as a trade-in option on its website.

GameStop has been trading in games and noes smartphone devices for sometime and has already started offering trade-in quotations on the new Apple iPhone 5S smartphone, even before it has been officially launched or announced by Apple. 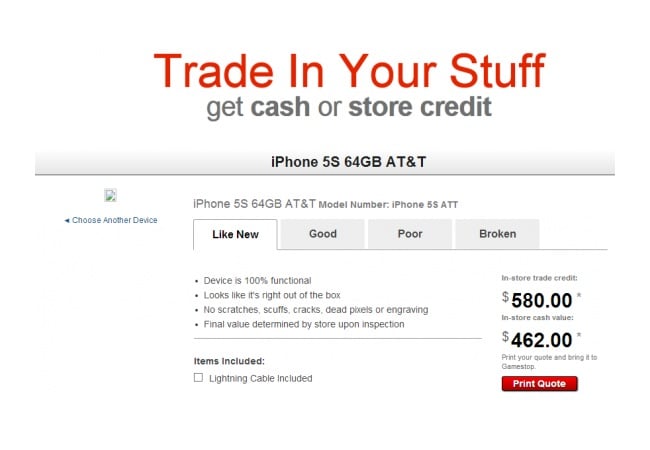 There have been plenty of rumours circulating regards the features and specifications that users can expect to enjoy with the new iPhone 5S phones including a dual LED flash for the phones camera, together with a faster A7 processor and of course the new gold or champagne coloured iPhone 5S which can be viewed in the video below.

A recent scratch test video revealed the finishes for the range of iPhone 5S devices expected to be launched by Apple next month. Unfortunately no information on pricing or worldwide availability has been leaked or released as yet by Apple for their new iPhone 5S, but as soon as information comes to light we will keep you updated as always.