As well as the new iPad Air, Apple also announced the new iPad Mini with Retina display, the tablet will not replace the existing iPad Mini, instead the two devices will be sold side by side at different price points.

The iPad Mini with Retina display comes with a 7.9 inch display that has a resolution of 2048 x 1536, this makes it one of the highest resolution 7 inch tablets available in the market today. 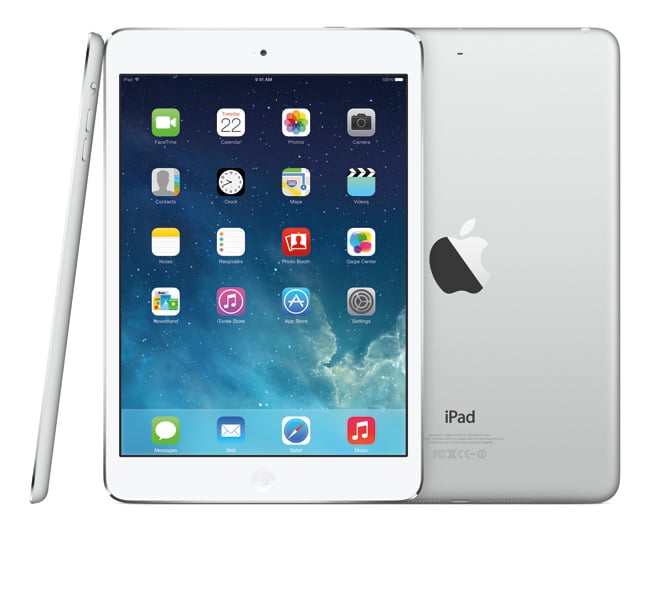 The new iPad Mini shares a similar design to last years models, it will be available in two colors, space grey and silver, there is no gold version like we heard previously.

The iPad Mini measure 7,87 inches in height, 5.3 inches wide and 0.29 inches thick, the tablet weighs in at 0.73 pounds, the device is powered by the new Apple A7 processor and also features Apple’s M7 motion coprocessor. 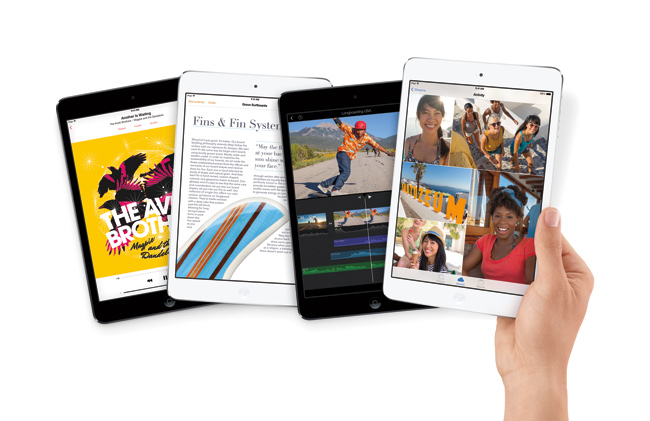 The 7.9 inch Retina display features 326 pixels per inch, this is actually higher than on the new iPad Air, and certainly sounds impressive in such a small display.

The new smaller iPad features front and rear facing cameras, on the front we have a FaceTime HD Camera which can take 1.2 megapixel photos and record HD video in 720p.

On the back of the iPad Mini with Retina display we have a 5 megapixel iSight camera that can snap photos in 5 megapixel resolution and record 1080p full HD video.

The new iPad Mini will be available in a choice of storage sizes, which include 16GB, 32GB, 64GB and 128GB, there are both WiFi and Cellular models.

Apple have to give a specific release date for the new iPad Mini with Retina display, the iPad Air will launch on the 1st of November, and the iPad Mini will launch some time later in November.