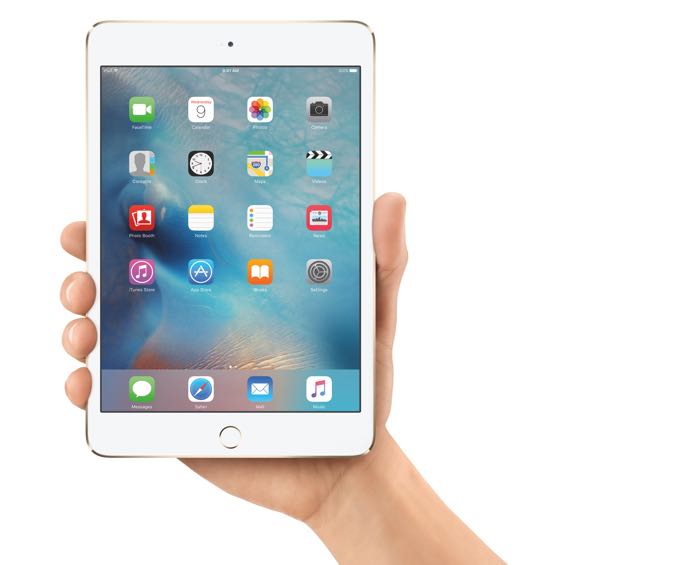 As well as announcing the new iPad Pro, Apple also introduced a new iPad Mini at their press event yesterday, the iPad Mini 4.

The iPad Mini 4 comes with a 7.9 inch Retina display that has a resolution of 2048 x 1536 pixels, the device is powered by the Apple A8 processor and also comes with Apple’s M8 motion coprocessor.

On the front of the new iPad Mini is a FaceTime HD camera which can record 720p video, on the back of the tablet there is an 8 megapixel camera.

There are two different models of the iPad Mini 4 available, one with WiFi only, the other with WiFi and cellular, and it comes with a built in fingerprint scanner.