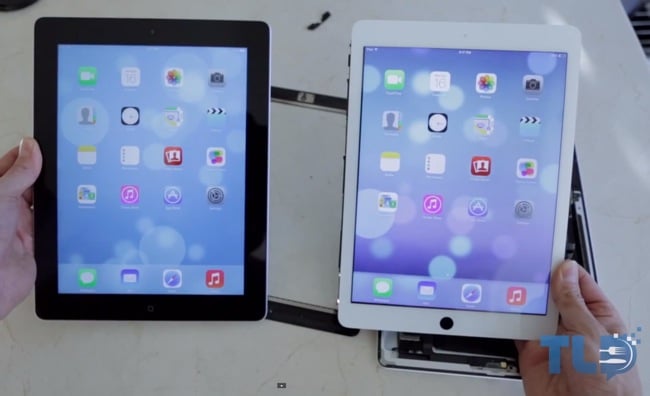 As you can see from the image above the new Apple iPad 5 device has a much slimmer bezel than its older iPad 4 cousin. Apple is expected to announce the launch of their new iPad 5 tablet in October, but until then enjoy the video below giving you a taste of what the new Apple iPad 5 might look like.