Apple’s new iPad 3G went on sale Friday, and the reviews of the 3G model have already started to arrive. The Apple iPad 3G share almost identical specification to the WiFi model, the only main difference is that it can connect to the Internet over 3G and it uses AT&T’s new Micro SIM card.

The Apple ipad features a 9.7 inch diagonal LED backlit glossy widescreen multi-touch display, with a resolution of  1024 x 768 pixels, the screen is designed to be finger print resistant just like the iPhone 3Gs screen. 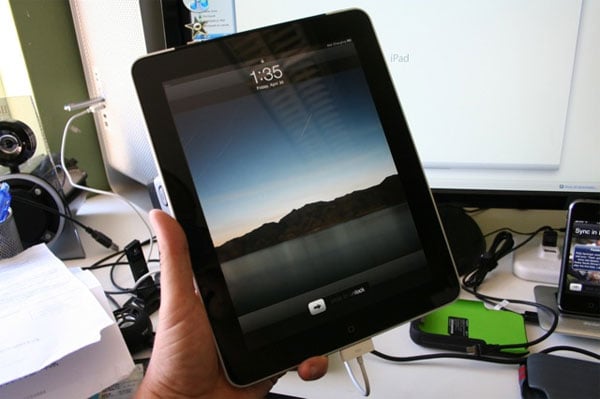 Processing is provided by Apple’s custom designed A4 processor, and there is a 25Whr battery that will give you up to 10 hours of usage.

Some of our fellow technology sites have already reviewed the new iPad 3G, so is it worth the extra cost over the WiFi model, check out the links bewlo to see what they had to say about the iPad 3G.

The iPad 3G Is Here: First Impressions And Notes – Cult Of Mac