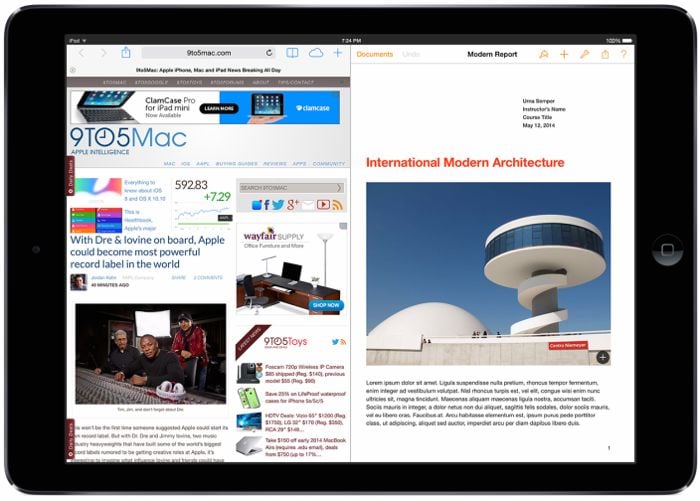 We have already heard a number of rumors on the new featured that will be introduced in Apple iOS 8, and now according to a a recent report, iOS 8 will bring split screen multitasking to Apple’s iPad.

The news comes in a report from 9 to 5 Mac’s Mark Gurman, who has said that the new updated multitasking on the iPad will allow you to use two applications at once side by side on the iPad display.

As well as using to apps at the same time, the new multitasking feature in iOS 8 is also designed to make it easier for apps to interact with each other, and this is a feature that developers will be able to build into their applications.

The new multitasking feature in Apple iOS 8 is said to be designed for the 9.7 inch iPad Air, whether the feature will also work well with the smaller iPad Mini remains to be seen.

This is a feature than many iPad users have been asking Apple to add to the iPad, this feature is already available in Microsoft’s surface tablet and also various Android tablets.