Then new Apple iOS 7 operating system revealed earlier this week is packed with new features, tweaks and enhancements for iOS devices, but now that will be of particular interest to games might be the Apple iOS 7 standardised game controller support.

The Apple iOS 7 beta software is still being put through its paces by developers since is launch, but information is now coming to light regards the basic guidelines on how game controllers should be used with Apple iOS 7. 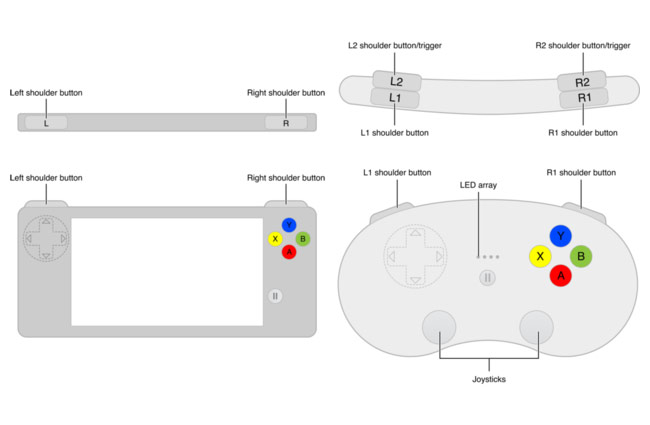 No specifics have been released as yet by Apple but its thought that there will be support for both stand alone controllers and controllers that will wrap themselves around the Apple iOS 7 devices, as in the image above.

It’s also been reported that if an Apple iOS 7 game is going to support a standardised game controller the game must also be fully playable without a controller and is a requirement that Apple will enforce.

As more information comes to light about the new standardised game controller for Apple iOS 7 software we will keep you updated.