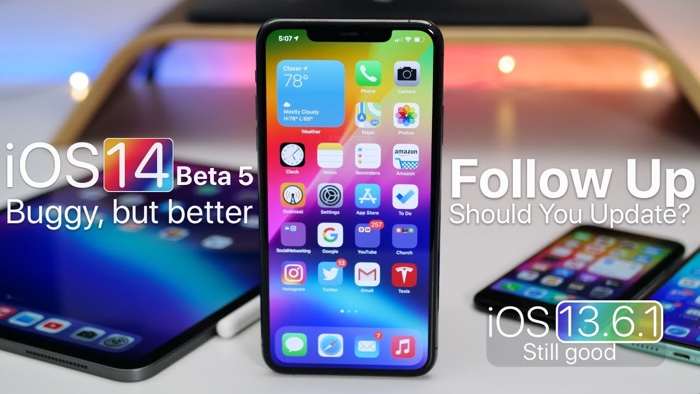 Apple recently released their iOS 14 beta 5 software top developers and public beta testers, we previously saw a video of the OS and now we have a follow up video.

The new video from Zollotech gives us another look at the new iOS 14 beta 5 software and some of its features.

Apple’s iOS 14 will bring a wide range of new features to the iPhone and iPad, this includes a new design with a more customizable home screen and widgets, plus a new App Library feature which is designed to give you easy access to all of your apps.

Apple are expected to release their iOS 14 software update later this year, the update should be released at the same time as this years iPhone 12 range. This is rumored to launch in October so we should expect the iOS 14 and iPadOS 14 update some time in October.