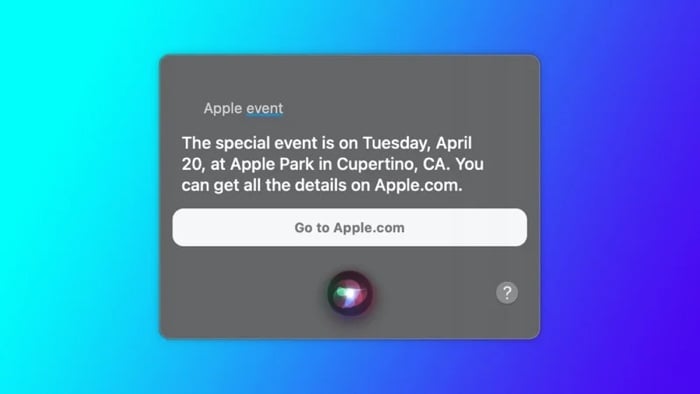 We have been hearing rumors about an Apple event for the new iMac, iPads and more for some time, it is possible this event could take place this month.

Apple’s Siri has apparently revealed the date of the event, Tuesday the 20th of April, this can be seen in the photo above.

According to MacRumors, if you ask Siri when the next Apple event is it will respond with ‘The special event is on Tuesday, April 20, at Apple Park in Cupertino, CA. You can get all the details on Apple.com.”.

We did ask Siri the same question here in the UK but did not get the same response, so Apple has obviously now removed this from Siri.  If the event is taking place next Tuesday the 20th of April, then we would expect some sort of announcement later today.

The event is expected to be an online only event, as soon as we get some more information about it, we will let you guys know.