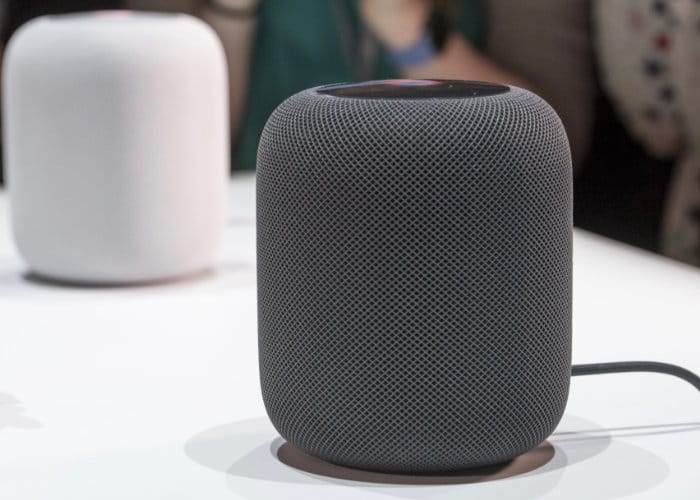 If you have been considering using the new Apple HomePod speakers with your Apple 4K TV to create a home surround sound theatre system. You may be interested in a new video created by the team at Apple Insider which compares the Apple HomePod vs a dedicated home theatre surround sound system. Check out the results below to learn more about what you can expect when you connect Apple HomePods in stereo to your 4K Apple TV set-top box.

Apple has also announced today that the new speaker has now launched in Canada, Germany and France after first being made available throughout the US, United Kingdom and Australia when it launched earlier this year.

“Are Stereo Paired HomePods good enough to replace a Home Theatre Sound System with the Apple TV? We hit play on our Zoom H6 audio recorder and compared both setups. Let’s see what conclusions we can pull from this test.“

Apple is also rumoured to be working on a more affordable HomePod speaker system. As you would expect Apple has not revealed any official details on the new speaker, but as soon as more details are officially announced or leaked we will keep you up-to-date as always.