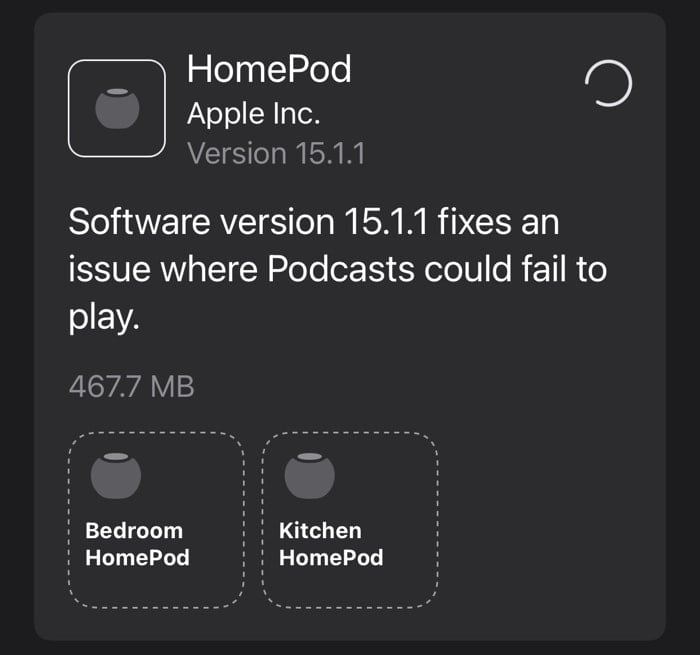 Apple recently released tvOS 15.1.1 for the Apple TV and now they have released a new software update for the HomePods, HomePod 15.1.1.

The HomePod 15.1.1 software update has been released for the HomePod and the HomePod Mini, this update includes some bug fixes and performance improvements.

The latest software update for Apple’s HomePod and HomePod Mini does not appear to come with any major new features.

The software fixes a bug related to podcasts on the HomePod devices which would cause podcasts not to play on the devices. This update has now fixed this issue and podcasts should now work again on both devices.

The software should automatically update on your HomePod unless you have automatic updates disabled, you can also manually install the software from the Home app on your iPhone or iPad.

The update can be installed by opening the Home App and then clicking the picture of the house in the top left corner of your device. Next, you need to select Home Settings and then scroll down to Software Update, you can then install the update on your HomePod.

Apple recently launched some new color options for their HomePod Mini, the device now comes in a choice of five different colors which include white, space gray, orange, blue and yellow.