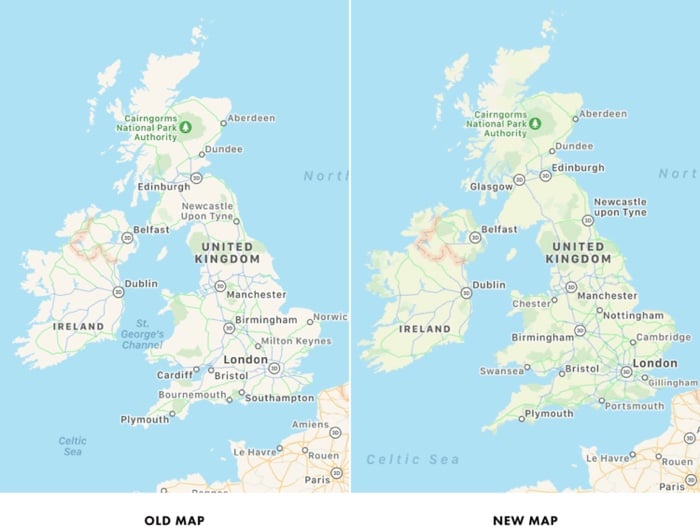 Apple revealed at WWDC that it would be launching its updated Apple Maps in the UK, Ireland and Canada this year. Now it looks like Apple has started to test out this new version of maps in the UK.

Justin O’Beirne has revealed that Apple has started to test out the new maps with some users in the UK, as they are still in the testing stage they are not available to everyone.

As yet we do not have any details on when the new version of Apple Maps will be available in the UK, as soon as we get some more details we will let you guys know.