Apple is holding a special press event tomorrow at the California Theater in San Jose, California, where the company is expected to debut a number of new devices, the main one being the much rumored iPad Mini.

Apple has been getting ready for the event, and the Theater has been decorated with various banners and posts, the event will take place at around 1PM ET,  have a look at the photos below. 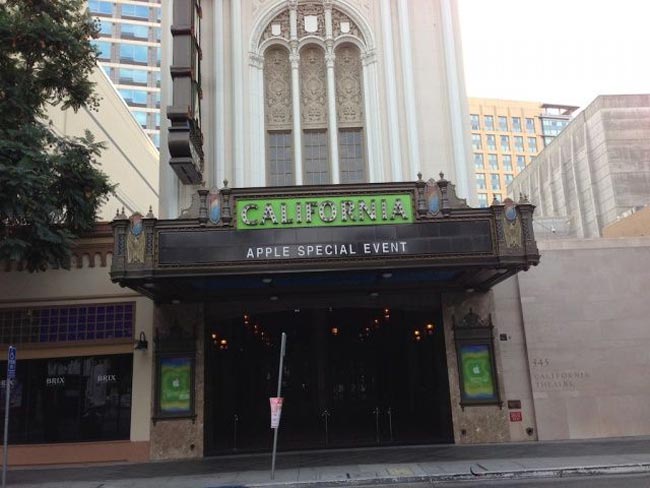 As well as the new iPad Mini we are also expecting Apple to launch a new Mac Mini, and a new 13 inch MackBook Pro with a Retina Display, plus an updated iPad 3 with a lightning dock connector and maybe some new iMacs, we will have full details of all the new devices tomorrow.