It sucks to be caught between ultra-conservatives and the gay community. Apple must be feeling the pinch thanks to an online petition by a non-profit LGBT group called Truth Wins Out (or TWO for short) wanting a particular anti-gay app removed. 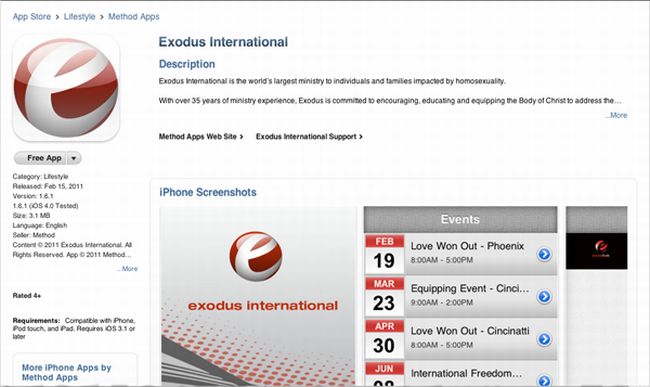 Here’s a good chunk of the open letter TWO has released to garner support from LGBTs and the general public who sympathize with their cause:

This new iPhone app is the latest move in Exodus’ dangerous new strategy of targeting youth. In light of the recent wave of LGBT youth suicides, this tactic is particularly galling as it creates, legitimizes, and fuels the ostracism of LGBT youth by their families. According to a study published in the Journal of the American Academy of Pediatrics, LGBT teens who experienced negative feedback from their family were 8 times more likely to have attempted suicide, 6 times as vulnerable to severe depression, and 3 times more likely to use drugs (Caitlin Ryan, San Francisco State University, June 2009).

The whole petition can be viewed here.