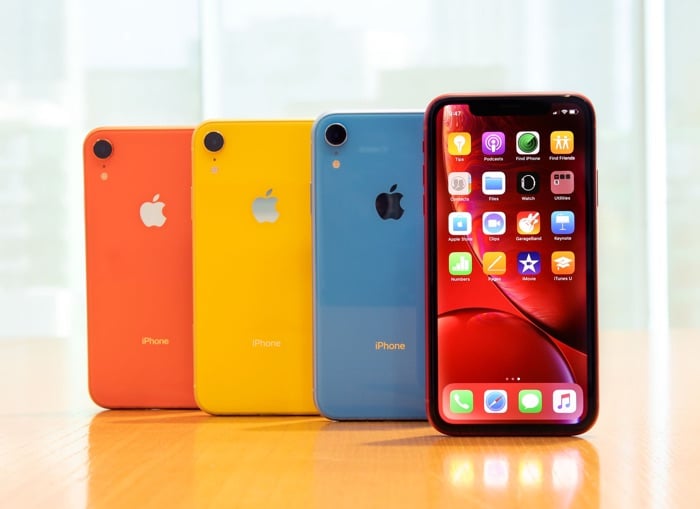 Sales of Apple’s iPhone have been down this year over the previous year, Apple has not revealed how  many handsets they have sold. It is estimated that the company sold 4.5 million iPhone XR handsets in Q1 of 2019.

The news comes in a report from Canalys who have said that Apple sold 4.5 million iPhone XR handsets in the first quarter of 2019.

According to the report the top smartphones in the US for the first quarter were the iPhone XR, Samsung Galaxy S10+ and Galaxy S10e.

Apple shipped 14.6 million iPhones in Q1 2019, down 19%, but maintained a 40% share of the North American market. It was helped by carrier and retail discounts on older models, such as the iPhone 6S and iPhone 7, as well as the growing use of trade-in promotions, but this was not enough to offset the shortfall in iPhone shipments in Q1.

Apple’s fall in Q1 followed particularly high shipments of flagship iPhones in the previous quarter,” said Thielke. “But there was a disconnect between channel orders and consumer demand, which then caused early shipments in Q1 to be challenging for Apple. But moving into March, we did see an uptick in iPhone XR shipments, an early sign that these challenges may be starting to ease at home. Apple has shown how vital trade-ins have become by moving the mechanism to the front and center of its ordering process, and it now frequently uses the net price in its flagship iPhone marketing.

You can see the full report from Canalys over at their website at the link below.