New features, amendments and the odd issue are still being discovered within Apple’s new OS X Lion operating system and one older feature to have received the chop in OS X Lion is Apple’s Front Row media menu. The Front Row feature under Snow Leopard was accessible by pressing the “Cmd+Esc” keys together.

Front Row was originally added by Apple back in 2005 as an alternative to Microsofts new Windows Media Center, but now with Apple’s TV device the need for a media centre interface on your iMac has now been though as obsolete by Apple who have now removed the feature in OS X Lion. 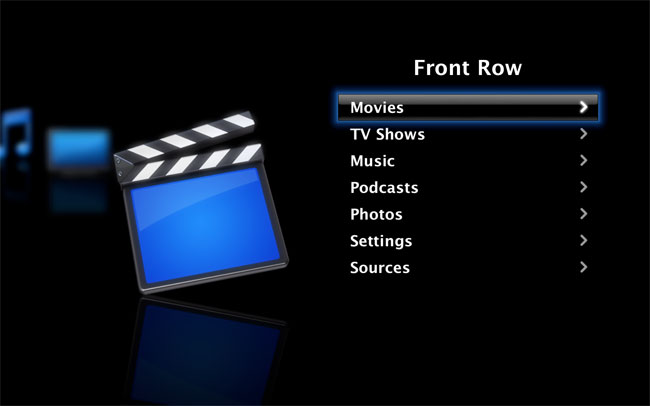 But dont worry if you use the Apple Front Row feature and find yourself lacking with its removal after upgrading to OS X Lion there are workarounds that will allow you to reinstall the application.

If you still have an older Snow Leopard (or older) Mac out there (or if a friend has one), you can copy and paste the Front Row app and a few other framework files from that machine to your Lion computer.