When Apple announced iOS 5 yesterday, one of the new apps that was unveiled it called iMessage, it is basically a messaging app that will let you send and receive messages to other iOS devices similar to BlackBerry Messaging.

If you and your friends or family all have iOS devices, then Apple’s new iMessage could totally replace text messaging, and the service doesn’t have any costs associated with it apart from using data from your carrier data allowance. 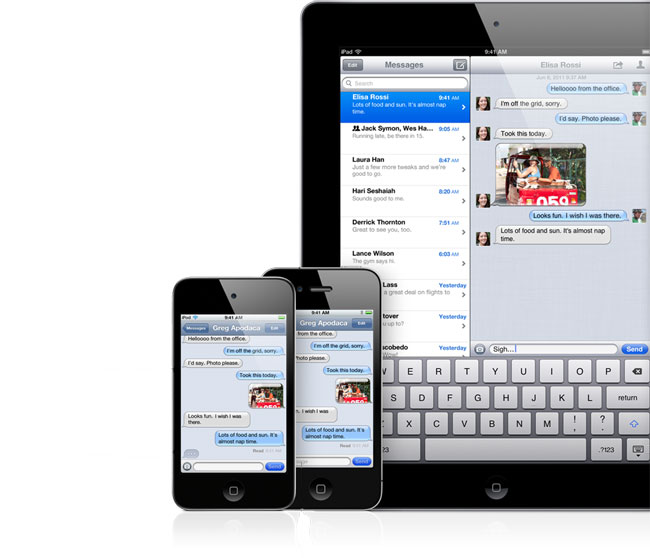 No you would think that Apple would have let all its mobile carrier partners now about this new service, as it could impact their revenue from text messages, but it seems the first any of the mobile carriers heard about iMessage was when Apple announced it at WWDC 2011, according to Daring Fireball’s John Gruber.

A well-informed little birdie tells me that Apple’s phone carrier partners around the world found out about iMessages when we did: during today’s keynote.

Considering the amount of iOS devices out there, we suspect that the mobile carriers will be less than happy with Apple’s new iMessage, as it could totally replace text messages and the charges associated with them.