One of the features I most appreciate on both my desktop PC and Macbook Pro keyboards is their backlit illumination, and it now looks as if Apple maybe developing their very own wireless illuminated keyboard.

Details have been uncovered within the System Preferences of the new range of iMacs launched by Apple this week, that point to the possibility of a new illuminated keyboard from Apple in the pipeline. As you can see from the indicated checkbox in the screenshot below. 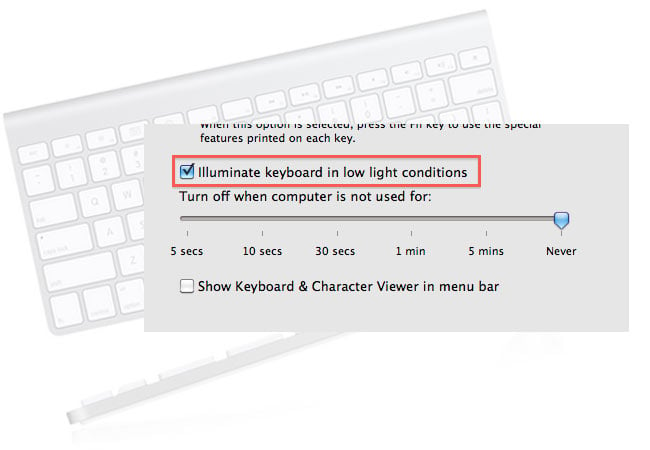 If  Apple isn’t developing a wireless keyboard equipped with backlighting, this preference checkbox would obviously has no use whatsoever. So have Apple already created their new keyboard and delayed its release or are they still working on the final solution? Or have they just let a rogue piece of code slip through the net and into production systems. What are your thoughts on the checkbox?

I for one hope they are going to release a swanky new backlit keyboard very shortly, fingers crossed.