The original Apple Computer founding documents, which were signed and filed back in 1976 by Steve Jobs, Steve Wozniak, and Ronald Wayne, and setup Apple Computers as a company. Are coming up for auction at Sotheby’s in New York on December 13th, and are expected to be sold for around $150,000. 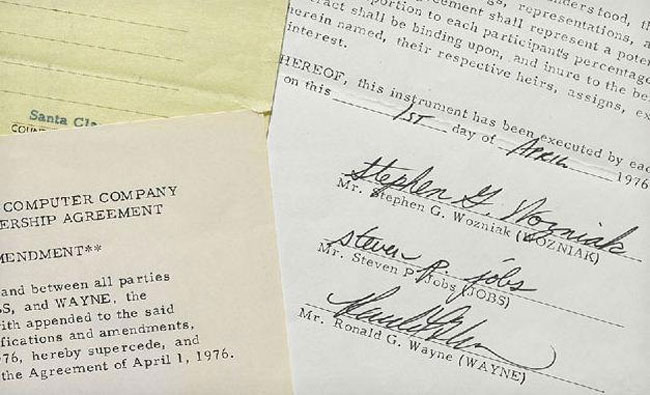 When the company was originally setup Ronald Wayne, had a 10% stake in Apple Computers. But decided after just a few weeks to leave Apple, and submitted a Statement of Withdrawal (which is also included in the document pack) to have his name removed from the documents, and the company.

If Wayne had stayed part of Apple computers his 10% share would have grown to be worth a massive $2.6 billion at the end of 2010.