We heard recently that the original founding documents of Apple Computer were going to be auctioned off at Sotheby’s, the auction took place recently and the documents went for a massive $1.3 million, which works out at close to $1.6 million including taxes and fees. 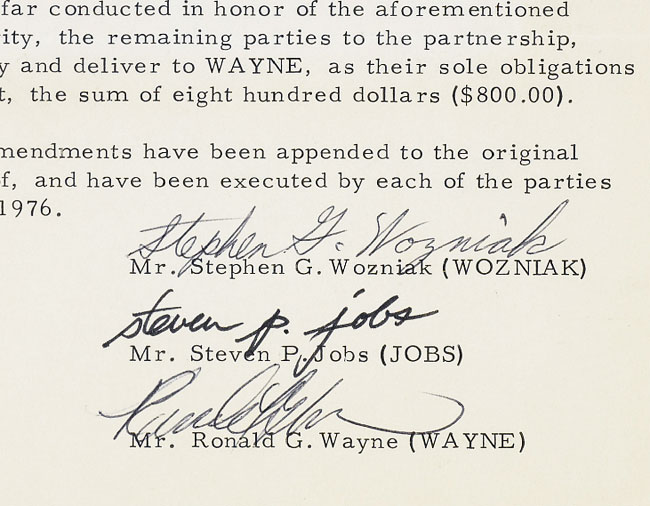 It isn’t clear who purchased the documents, as the winning bid went to a telephone bidder, we wonder if they will end up in a museum or possibly in a private collection.